The organ at GSUC is an amalgamation of two Casavant organs. There is some pipework remaining from the original Warren organ from the 19th century. The 1919 portion of the organ includes the upgraded solid state console and 1000 pipes from the former Knox United Church, and the remainder of the pipework is from the former Division Street United Church. The digital (midi) stops can be changed to any of over 1200 sounds, from the memory banks of the organ computers. 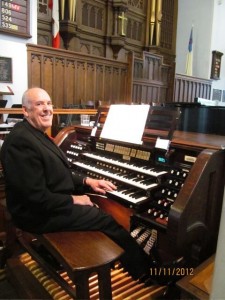 Music Director Jim Seaborn at the console after the dedication of the organ November 11, 2012. 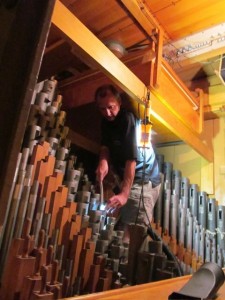 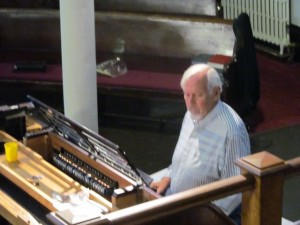 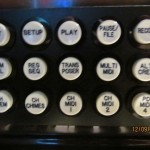 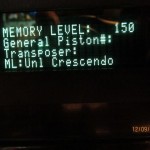 The organ has 250 memory levels at the organist’s disposal. 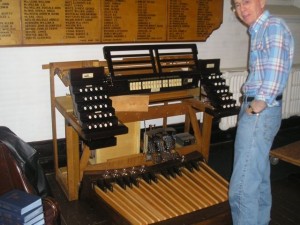