During the month of April the children, youth and leaders participated in a paint and build project that culminated in the production of Noah’s Ark on May 5. Each Sunday during children’s church time, Rev. Gwen or Rev. Roy told a part of the story of Noah followed by singing “The Lord told Noah to Build an Archy-archy” with the numbers of verses sung increasing each week. 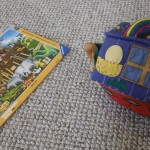 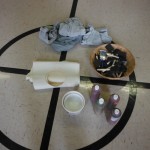 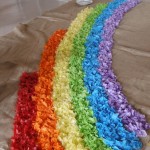 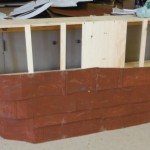 The children helped with the building of the ark, painted cardboard boards, waves, clouds and lightning bolts, and pasting the appropriate coloured tissue paper on burlap to create a rainbow. The children also painted rocks in rainbow colours. The children handed out the painted rocks to the congregation during the service. 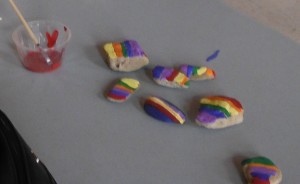 Sunday morning, May 5, the church was all a buzz as the children and leaders gathered for a quick rehearsal. The ark was loaded with the animals in preparation. 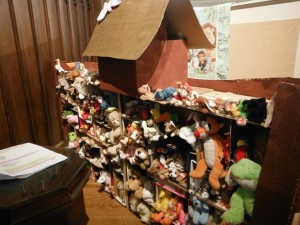 The children and youth participated throughout the whole service with Bible readings, prayers and collecting the “Change the World Offering” and the play. Two narrators told the story as the various props were put in place. Between each scene, the children and the congregation sang a verse and chorus of “The Lord Told Noah” complete with actions. The ark was revealed and at the appropriate time it was turned to show the animals. The finale was the raising of the rainbow in the sky.

Many worked together to make Georgian Shores United Church’s first paint and build an exciting and successful way to learn and to share the story of Noah’s Ark. 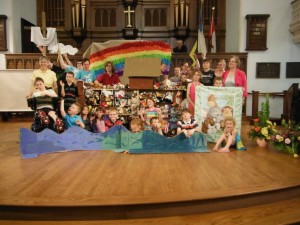 [click on any picture to open a full size image.]